At one time a secret slave trade depot and market, this small fort and port attracted some commoners to trade legal and illegal goods alike. It grew into a thriving black market bazaar before being gutted by adventurers breaking up the slave trade. Now it limps on, mostly on legitimate trade, but lacking in oversight from any consistent authority. People will do what they need to do to survive out on the edges of civilization.

Location: Hammerfell, extreme southwest coast of Hammerfell (ICly outside of the playable maps).

OOC – Satak Mitana is open at all times to respectful role-players. The laws there are simple: Don’t steal. Don’t openly murder anyone. Mind your own business. 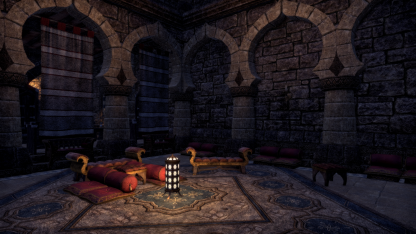