Somewhere off the south shores sits an unnamed, unmarked island. Stories tell of a pirate crew from Elsweyr, so desperate in their search for gold that they pledged their souls to the whispers of the island in exchange for a promise of fortune. Since then, a volcano has rendered the surrounding area an inhospitable wasteland, save for one small inlet housing the husked remnants of the crew and their ramshackle bazaar… forever eager to reap the rewards of whatever—or whoever—washes ashore.

Location: An island off the coast of southern Tamriel, near the Topal Sea

“The island provides” is a term often used by the locals due to the frequency of misplaced cargo found washing up on the beach. As such, while the remote bay is seldom visited by the odd passing vessel, it’s also not unheard of for wayward and waterlogged strangers to find themselves pulled ashore by the scavenging locals.

The skeleton crew that operate in the bazaar are welcoming to most, so long as they have coin. Otherwise, visitors can work for wages by pawning any findings or belongings to the local banker. 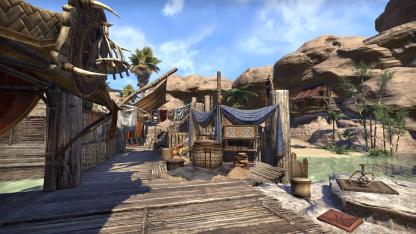 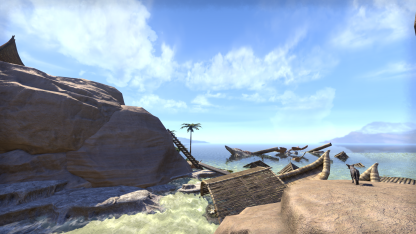 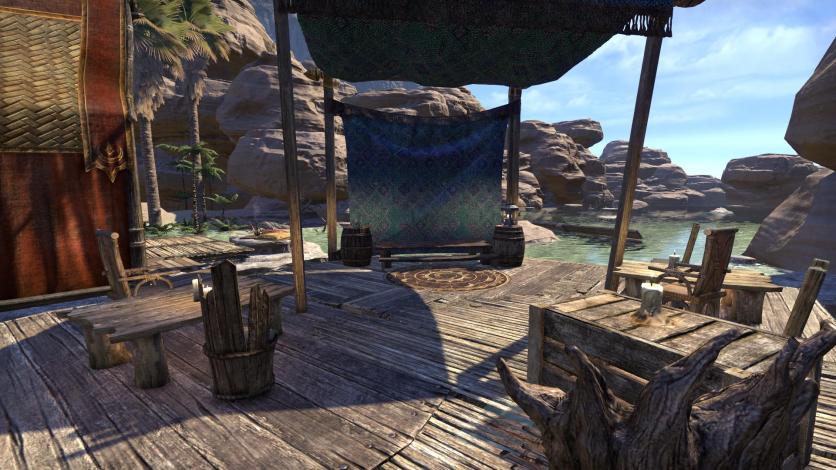