Along the Topal Coast of Elsweyr sits the port town of Strayhome, built upon the foundations of some long-abandoned khajitii temple grounds by a group of Imperial expatriates decades ago. Over time the city proper has become host to a diverse population, with new arrivals from the south often passing through the area known as Vagabond’s Cradle. Here many choose to make camp and rest between their long journeys.

The campgrounds of Vagabond’s Cradle are always open to visitors with dealings in the city; from merchants to adventurers. Off the beaten path, those with ties to the local underground may have heard that the Cradle is said to hold the passageway to a network of old temple catacombs which themselves lead to the hidden black market “Batam Baan Dar”, as well as another passage by way of ferry to the lesser known pirate den of “Backwash Bay”. 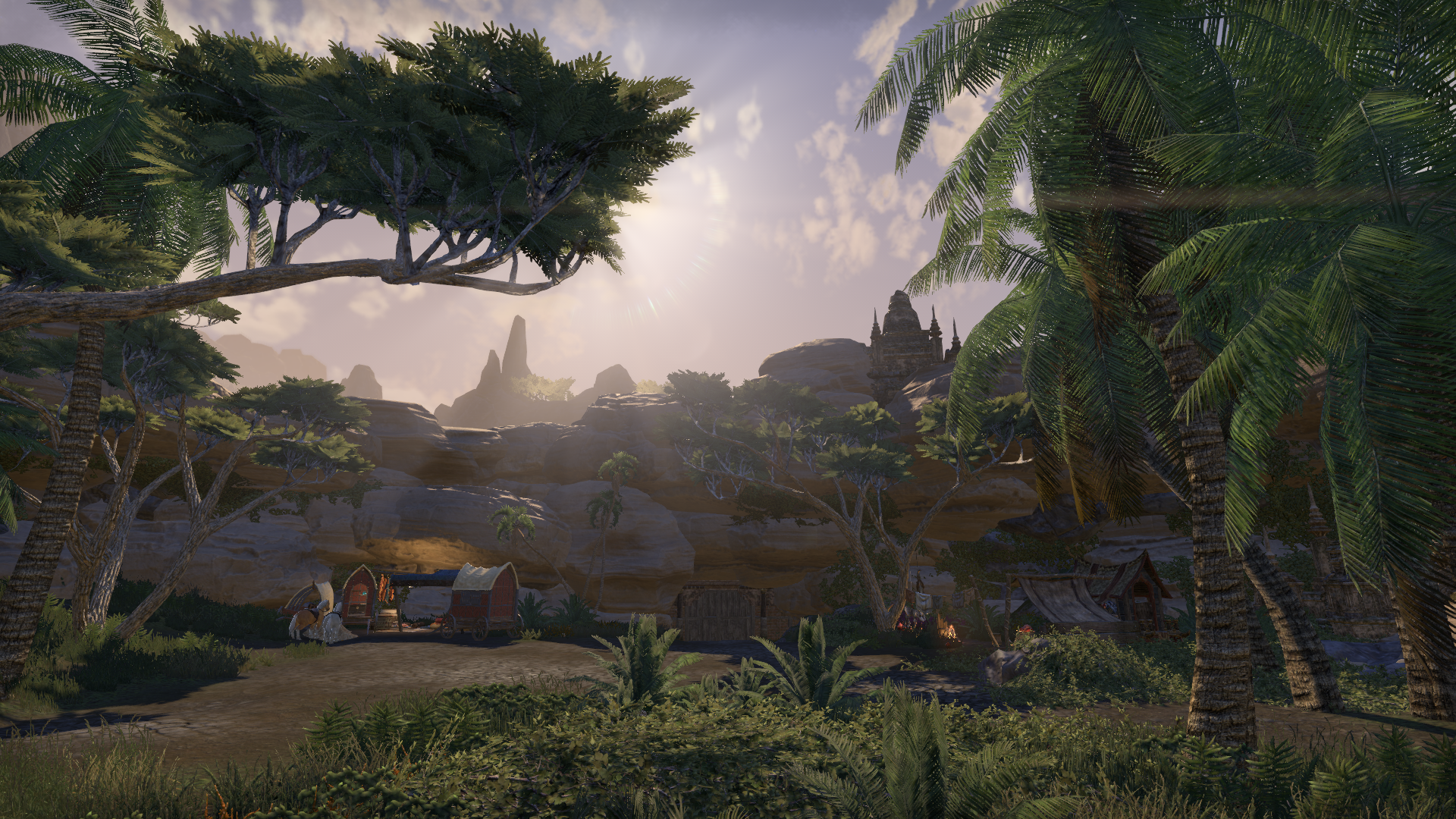 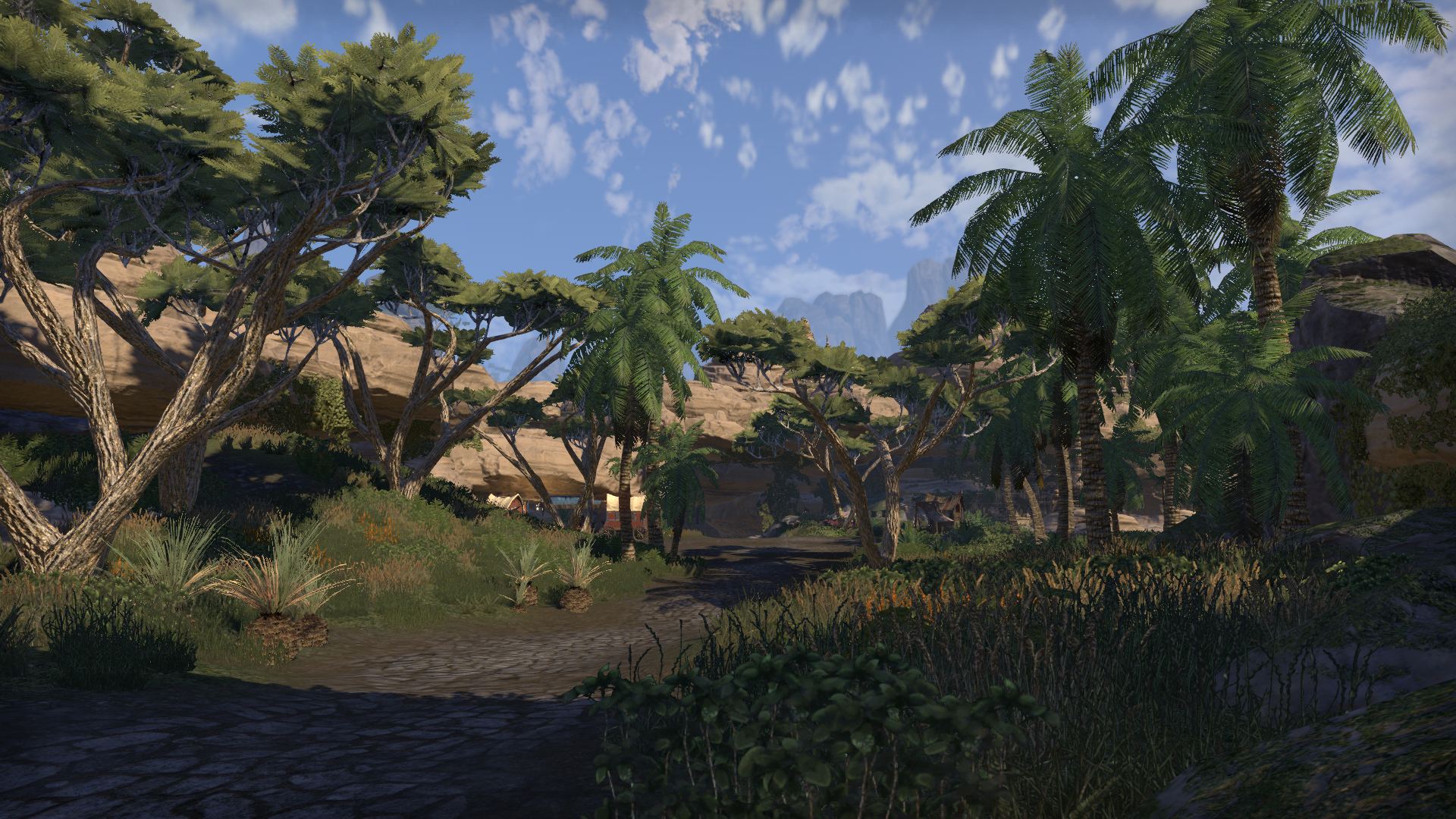 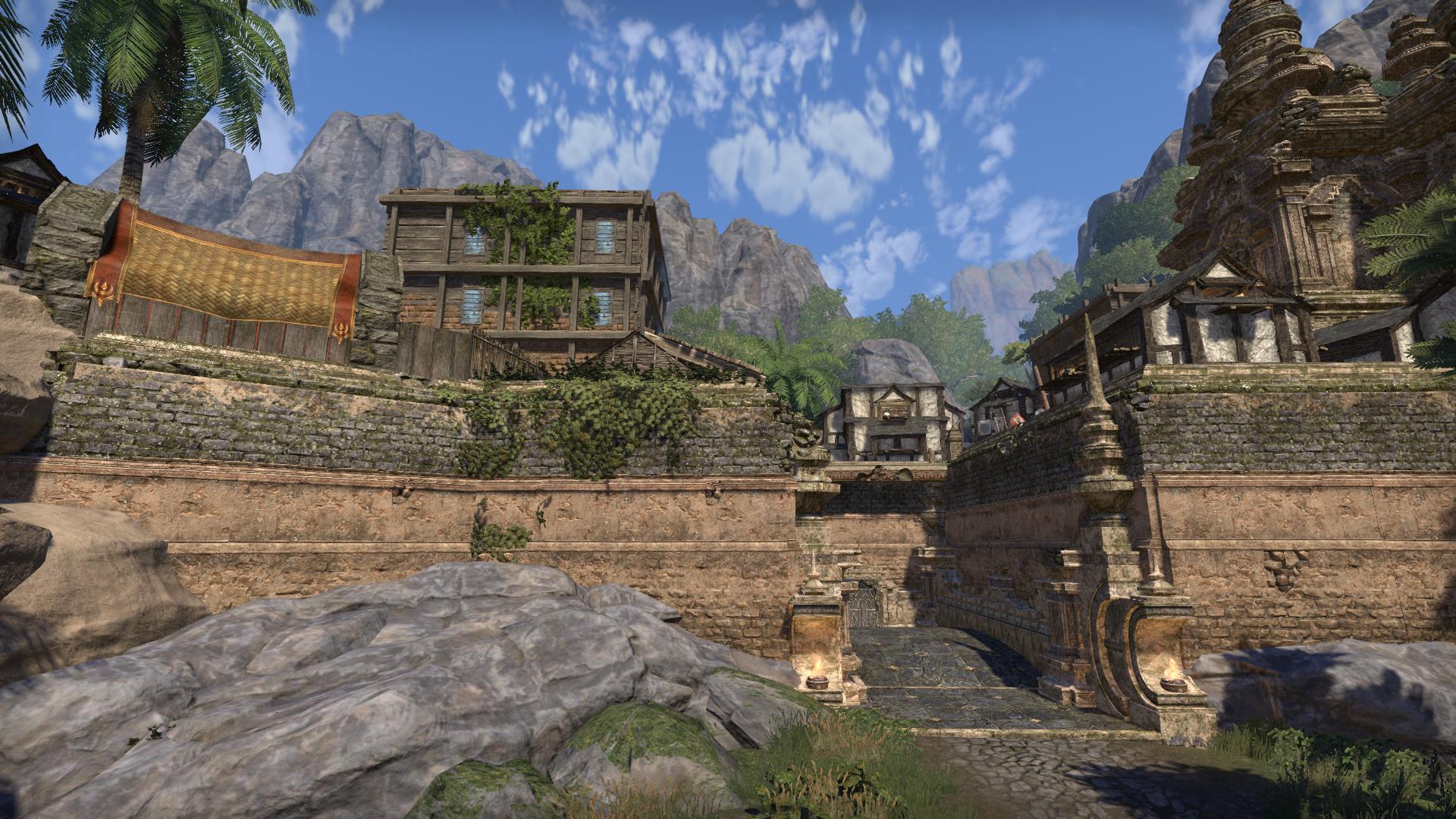 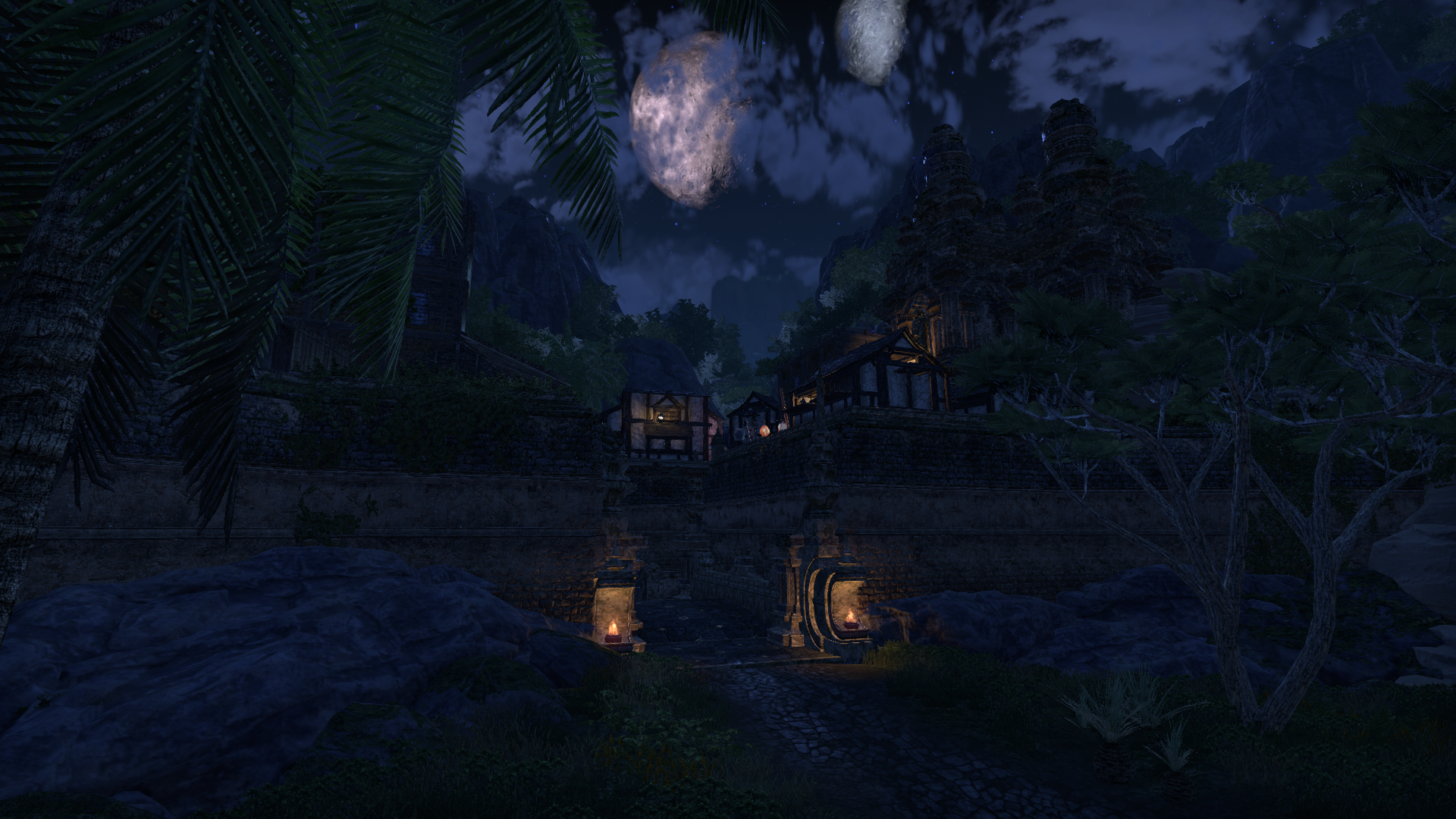 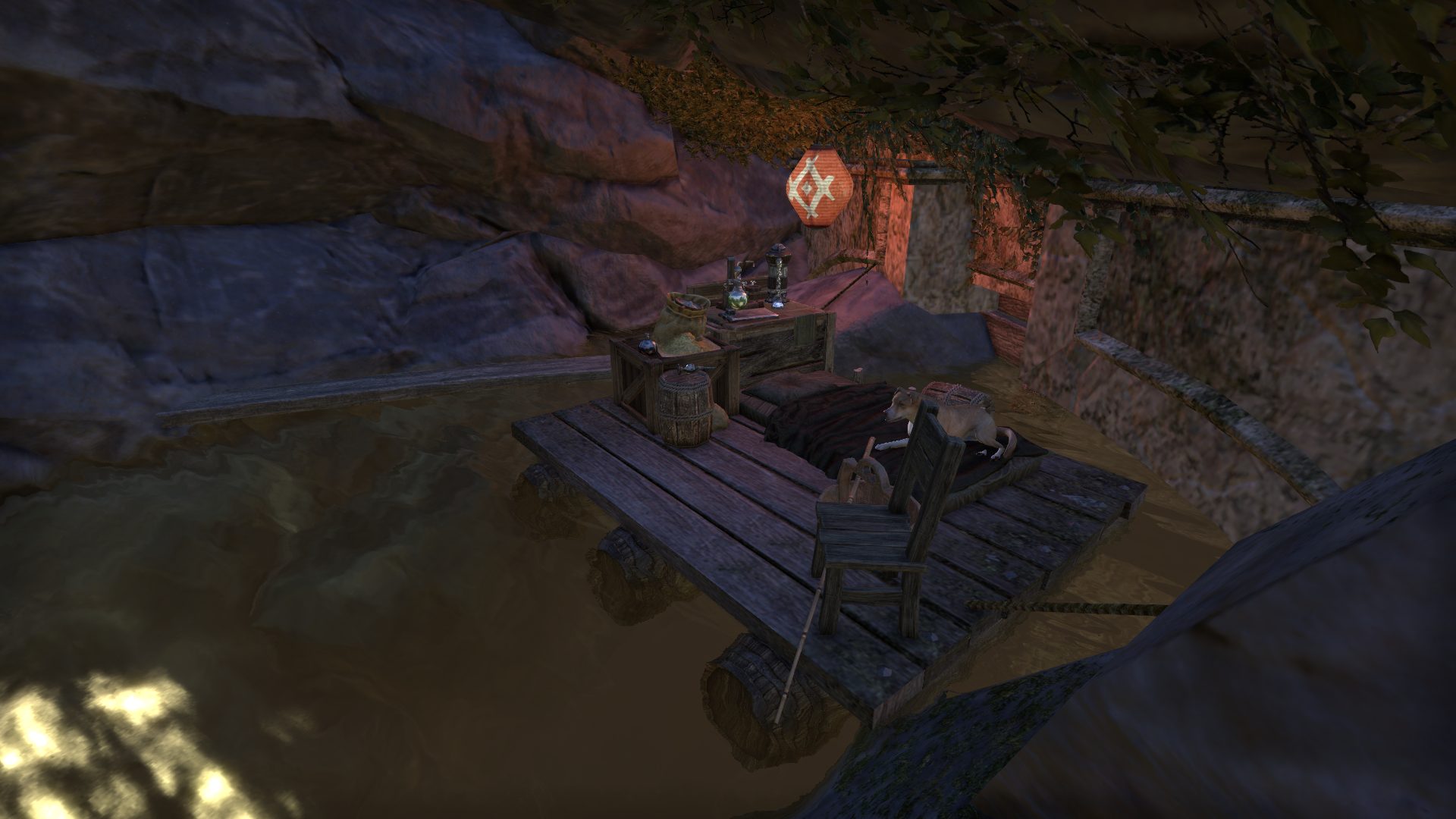